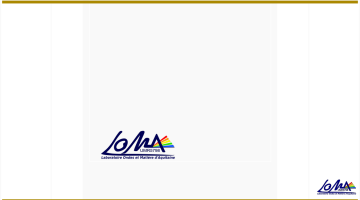 Most matter exhibits disordered states at high temperature and ordered states at low temperatures. However competition among the interactions between the constituent atoms or magnetic moments in solids can forestall or preclude ordered states of matter, even at low temperatures, if it is sufficiently strong. Nature provides many examples of geomerically-frustrated magnets; magnets whose crystalline architecture is based on networks of triangles and tetrahedra, where such competition can be a natural consequence of the local geometry.

We, and others, have been interested in exploring magnetic ground state selection in a family of cubic magnetic insulators, known as pyrochlores, whose magnetic moments decorate a three-dimensional network of corner-sharing tetrahedra. Different magnetic ground states can be selected at ~ zero temperature depending on the properties of the magnetic moments themselves and the Hamiltonian which describes how these moments interact. As I will describe modern neutron scattering techniques allow a quantitative understanding of both of these, and therefore an understanding of the exotic ground state selection in these materials. I will illustrate these with examples related to quantum spin ice, a disordered quantum spin liquid with an emergent quantum electrodynamics, and two distinct non-collinear ordered states, at least one of which is selected by an exotic “order-by-disorder” mechanism.